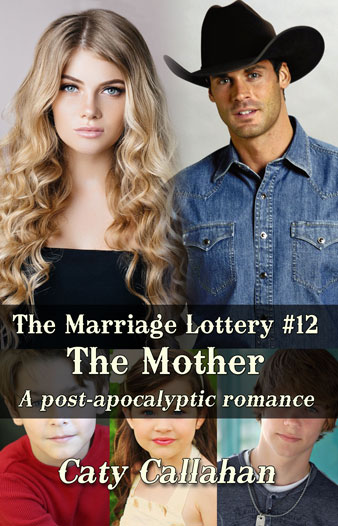 I grew up at a time when The Brady Bunch was still playing in reruns.  If you haven’t watched The Brady Bunch, it’s about a widow with three girls and a widower with three sons who fall in love and get married.  He’s an architect so they live in a beautiful house with a maid.  Yep, a maid.  Each of the children went through the various trials and tribulations of childhood right before our eyes and that made it a huge hit.

As a tribute to The Brady Bunch I changed the cover for Marriage Lottery 12: The Mother to a variation on the Brady Bunch intro sequence to the series.  That is, the picture that everyone recognizes with all six kids and two parents in a tic-tac-toe grid. If you look at the cover for Marriage Lottery 12 redesigned, it’s very similar.  Marriage Lottery 12 The Mother is the story of a girl caught in a flu epidemic.  She survives but her parents are dead, 3 of her siblings are dead, her boyfriend is dead, his parents are dead, and 5 of his siblings are dead.  What remains are her, 3 of her siblings and 3 of his.  So she does the responsible thing–she adopts all six and takes them to a town where there have been no women in the lottery for three years.  That means they’ll be desperate enough to overlook her unusual alternative family.

Feel free to leave comments and tell me what you think.  🙂  Happy holidays. 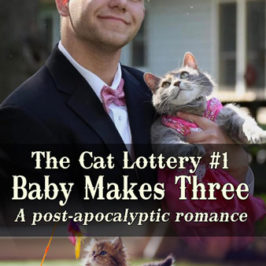 In a post-apocalyptic world where men outnumber women twelve to one, the bride lottery is the only way men can get brides. But getting a bride isn’t the end of it; it’s just the beginning. Once a man has chosen a bride, there’s no guarantee she’ll stay…

Sweet romances with a fairytale twist

Sweet romances with a horse race

Miserably Ever After™ Series

Love the second time around
error: Content is protected !!